Gotham City is changing. After Mayor Hill is killed by a mysterious assailant, Batman finds himself tracking down an ancient order that’s long been buried under the streets of Gotham: the Court of Owls. An old face returns to the city, looking to take back power after Mayor Hill’s death! Check out the all-new season in the Batman: The Animated Series mythos! Collecting Batman: The Adventures Continue Season Two issues #1-7 and a short story from ’Tis the Season to Be Freezin’ #1! 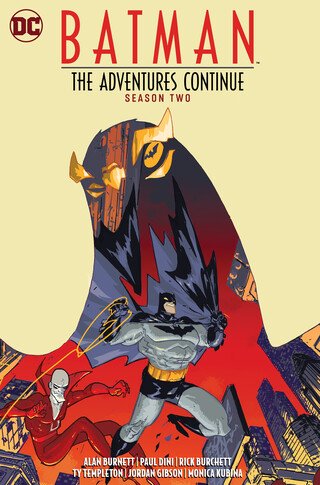